Antonov AN 255 Mriya, world's largest airplane ever build. It is the biggest cargo plane in history and still flying. It is lot bigger than both a Boeing 747 and Airbus A380.

A747 and A380 are two engined aircraft while Antonov AN 255 miriya is a triple engined air craft and it is bigger than a Airbus A400m. It is also a turbo prop cargo aircraft used by the military and they used to land it in ice in artic. 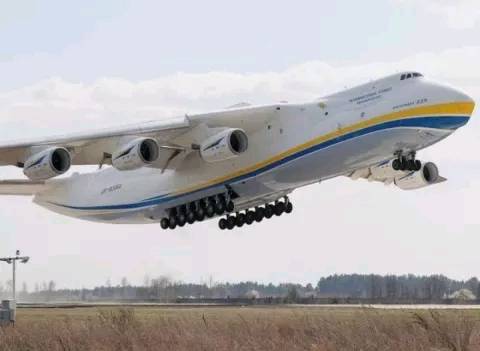 It is the biggest airplane with an height of 217 and 523 in diameter, it has a more landing gear compared to the other planes such as Boeing 747 and Airbus A380 and Airbus A400M. Antonov 255 Mriya was firstly developed in 1980. 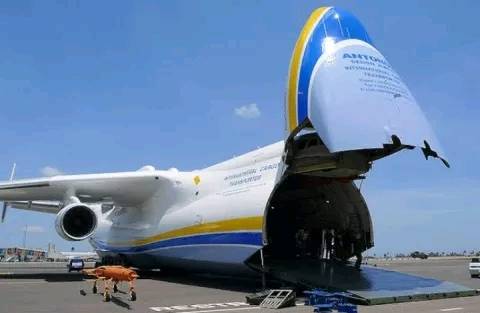 It is controlled by three pilots and it is owned by the Antonov aviation there are only two antonov 255. It has a lenght of 5 semi truck with trailer and it can cary a train and a Boeing 727 with no wings.

Antonov AN 255 mriya was build in Ukarine. The company is building another Antonov which will be the biggest in the world, this is under construction in in its factory in Kiew, Ukarine.

Airbus A380 is the world's biggest comercial aircraft and boieng 747 still remains second.

In comparing with other plane, if it is tight packed one can place two embrayer plane's in a Antonov 255 mriya.

Which Kind Dog Be This Na? Drama As Dog Distrupt Military Parade, Falls Soldier On Parade

Watch Africa Richest Man, Aliko Dangote Humbles Himself And Address His Workers To Motivate Them